#1
A few years ago, I tried a couple of MXR EQs, and the results were far less than stellar. I first tried the MXR 108

Coming from a Boss GE-7 EQ, I figured this was "3 more better"

Unfortunately, as soon as it was engaged, it was noisy AF* ( <= A scientific term

) I originally figured it was a ground loop issue. So, I isolated the pedal, to determine it wasn't. I tried everything, and finally gave up and returned it.

Next up was the Kerry King model. It was supposed to be a supped up model of the 108: 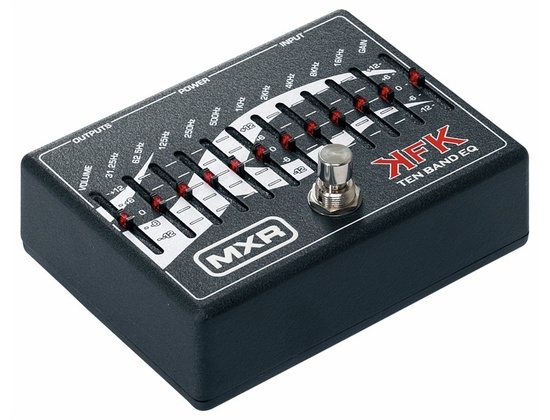 Once again, it was noisy AF*. So, I tried everything, and finally returned it, and vowed that I would never buy another MXR EQ.

I then read about some mods that people were doing to the 108 to eliminate the noise. At least I wasn't the only one with the problem. This confirmed that it was the pedal, and not me.

I recently read that the newer model, the MXR 108S used those mods as a base and they revamped the EQ. So, with my reservations, I bought one : 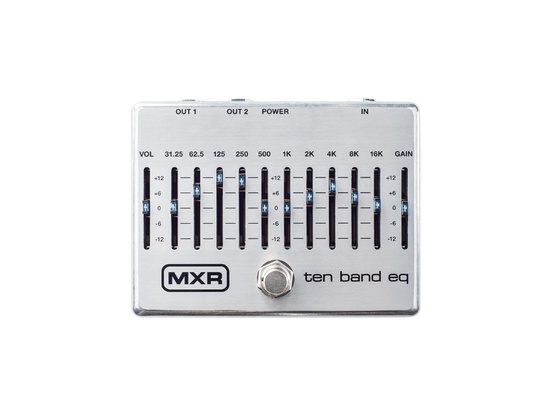 When I engaged the pedal, expecting a shit ton of noise, I was pleasantly pleased. There was no noise. There was no noise at all. I wondered if the pedal was even working, since I turned it on flat. Turned up a couple of bands, and it was indeed working.

Since I never got past the noise on the other models, I didn't realize how powerful this EQ was. You could completely change your sound with this EQ, although you should get as close to the target sound on the amp, WITHOUT the EQ, and just use the EQ to make minor tweaks.

Likes:
It's quiet.
Built like a tank
Dual outputs
A large range -+12db on each band (at least it's listed as such).
Blue LEDs on each band, which makes it easy to see in any lighting situation.

Dislike:
The Blue LEDs on the Volume and Gain NEVER GO OFF!!! When the pedal is off, the lights are still on, and bright AF. You have to cut power to the pedal to turn the LEDs off. I guess it's practical on stage, but not at home. I'll probably cover the slider with something like white liquid tape over the EQ and Gain slider knobs to control those bright lights when not in use.

All in all, I am really happy with the pedal, and the changes they made from the original version. 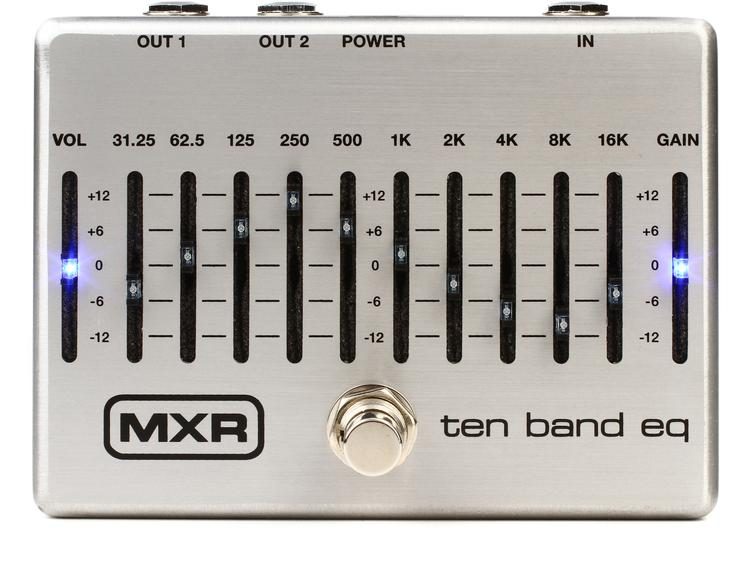 #3
EQ pedals should be mandatory. It looks cool too, nice one!

#4
EQ's are up there as non-effects with compressors.

Also it has Fast and Furious LED's

#5
Wade Garrett said:
EQ pedals should be mandatory. It looks cool too, nice one!
Click to expand...
I used them a little bit on the helix to make switching guitars easier. But with the kemper I really started to appreciate eq. Because a profile is of a certain eq point you need to solve it in Pre or post eq and man it helps a lot.

Subtly not giving a F*ck

#6
I actually used the original black 10-band EQ for a while on a 6505+ combo I used for a thrash metal band I played in like 10 years ago. I don't recall noise issues. I remember trying the 6-band MXR, this one and a Boss GE-7. The Boss was really noisy. I don't recall why I went for the 10-band over the 6-band. I think it's because of the level control. I loved the sound of this. This was before I changed the speaker and it allowed me to take out the frequencies I didn't like of the stock speaker. After switching to a Vintage 30, I didn't need the EQ anymore. In the end I converted the combo to a head and used an old, beaten up Marshall 4x12 with the band and a 2x12 with Vintage 30's at home.
You must log in or register to reply here.
Share: Facebook Twitter Reddit Pinterest Tumblr WhatsApp Email Link
Top