#1
Many years ago, I bought an Orange Crush 10 off eBay. It was just for testing guitars that I built or rewired, in compact way. Later on, I gave it to my son. For the last few years, he hasn't been using it, because the small speaker just can't deliver a great sound. Since it wasn't being used, I figured it's a great candidate for a little modification.

I watched a bunch of YouTube videos on people making modifications to their combos, using a standard guitar jack, and a switch. I didn't want to go this route, because if the switch is in the wrong (cab) position, and one is connected, it might cause problems.....or I'll get a message that something is wrong with the combo. I opted to not use a switch, and to use a jack that automatically switched to the cabinet if a speaker plug was inserted, or just use the combo's speaker if no plug was present. 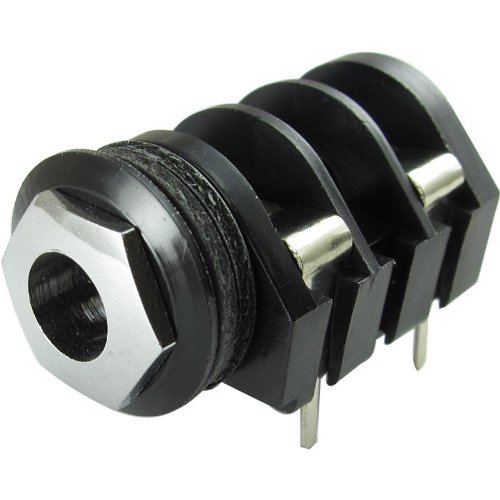 A cheap $5 plug that eliminates the need for a switch, and any headaches that might cause.

The wiring took 5 minutes, with most of the time being preparation. I drilled out the metal back, and filed down any sharp edges. Cut the wires from the amp to the speaker, and attached them to the jack. Wired the jack to the speaker, and it was ready to test.

What a difference!!! I expected it to be better, but was amazed at how much better it sounded. With this switch, you play the amp without a cable, and it uses the internal speaker. Plug in a speaker cable, and you're using the cab it's connected to . A stunning difference. The difference between the 8" and 12" speaker is a dramatic difference.

For those thinking of doing the mod, definitely forego the switch, and got this method. Much easier, much cleaner, and you don't have to worry about the position of the switch.

I'm glad I did it. I may not use it, but it was a quick and easy modification, that gave me a sense of accomplishment. Way more fun than pulling weeds out of the backyard fence (because the neighbor doesn't maintain her yard

#2
Added a quick demo, using my iPhone. You can hear the difference, but it really doesn't do, hearing it in person, justice

#3
ed lespaul said:
Added a quick demo, using my iPhone. You can hear the difference, but it really doesn't do, hearing it in person, justice

https://soundcloud.com/lespauledspresets%2Forange-crush-10-mod-sound-comparison
Click to expand...
The difference is night and day!